These compelling short stories are sure to engage your students!

When it’s time to plan a new unit, it can be daunting to find high-quality, relatable short stories your students will enjoy. That’s why we’ve put together a roundup of engaging, thematically-rich stories that elementary school teachers love.

Whether you’re new to CommonLit or a longtime CommonLit fan looking to refresh your lesson plans, you’re sure to find a great text for your students from this list!

“Sometimes a Dream Needs a Push” by Walter Dean Myers

In this short story, Chris joins a wheelchair basketball team after a car accident has left him unable to walk. Chris’s dad, who blames himself for the accident, helps the team by showing them how to shoot better. Even though the team loses a big game, Chris is proud of their hard work and glad to have his dad’s support.

The complex relationship between Chris and his dad provides a great opportunity for analyzing character development and making connections. Ask students Discussion Question 3, “In the context of the text, what makes a family? What are some of the experiences you have had where the support of family and friends made a significant difference?” Encourage students to use examples from the text and their own lives to support their thinking.

In this short story, eleven-year-old Rachel explains that as you get older, you are shaped by your previous ages. When her teacher is convinced that a sweater from the lost and found belongs to Rachel, she feels far younger than her actual age because she struggles to speak up for herself and starts to cry. The narrator’s internal monologue artfully captures her emotions and what it’s like to be eleven years old.

As students read, have them follow the annotation task, which asks them to take notes on how the narrator reacts to the red sweater. After reading, have students make text-to-self connections by asking if they have ever been in a situation where they felt younger than their age.

In this short story, set during the Great Depression, Helen and her father are collecting rent money from the families in their apartment building. When they visit Mrs. Katz, Helen notices that her son and daughter seem thin and sad. Helen’s father sends her to buy groceries for the Katz family, and she generously decides to spend the last two dollars on some candy for the children.

Extend students’ thinking about generosity by showing them the video “Helping the Homeless Through Farm-To-Table” under the “Related Media” tab. Have students discuss how the actions of the people in the video are similar to Helen’s and her father’s in the story. Then, have students think of ways they can support those in need in their own communities.

“The Retake” by Chris Low

In this short story, Andy is feeling down when he fails a test even after studying hard. He apologizes to his teacher, Mr. Crane, who acknowledges how hard Andy tried. Mr. Crane asks Andy to help him clean up the magnets that form a map of the United States and shows him that he learns better by being active. Andy retakes the test, passes, and now feels confident because he knows what kind of studying works for him.

This text provides students with a great opportunity to make text-to-self connections. Ask students Discussion Question 2, “Some people learn by moving, listening, reading, writing, or even singing. How do you learn best? How do you know that you learn that way?” Be sure to highlight how students’ responses show that everyone learns differently.

In this short story, shy Lupe knows she is a great student, but she is determined to also be good at a sport. She decides to become a competitive marbles player. She practices hard to improve her thumb and wrist strength, and in the end, her dedication pays off and she wins the championship!

Looking for a way to support your students who speak Spanish at home? This short story is also available in Spanish as “Campeona de canicas.” Have students read the two versions to practice key skills and build vocabulary in both English and Spanish!

“A Secret Code” by Christine Henderson

In this short story, Amy and her family attend Open House at her new school. Amy is worried what her classmates will think when they find out her parents are deaf. Evelyn, her new friend, thinks it is cool that Amy can talk with her hands, and Amy learns that true friends like you just as you are.

After reading, have students reflect on the theme of friendship. Ask Discussion Question 1, “In the story, Amy and Evelyn’s families have differences. Have you ever had a friend that was different from you? How were you different? How did your differences make your friendship better or stronger?” Students can make connections between their own experiences and Amy and Evelyn’s.

In this short story, which takes place in Pakistan, a young girl wants to go kite fighting on her birthday. Kite fighting is a centuries-old tradition that started in India, and girls and women are not usually allowed to take part. The narrator, with her brother Amir’s coaching, is determined to participate — and she ends up cutting down Amir’s kite!

This text provides a great opportunity for students to analyze character development. As they read, have students follow the annotation task, which asks them to take notes on how the events in the story help the narrator build courage. Then, students can discuss how the narrator changes by the end of the story.

In this short story, a young girl with cerebral palsy named Maya is nervous about wearing her leg brace for the first time. She feels uncomfortable when she sees her classmates looking at her brace. When Maya’s class takes a trip to Hazel Grove, a senior living center, she meets a woman named Joan who uses a wheelchair. Joan shows Maya that what makes her different also makes her special.

Consider pairing this story with “Left Behind,” another great short story about a young boy with a disability who learns to embrace what makes him unique. After students read the two texts, have them discuss how Erik from “Left Behind” and Maya from “Hazel Grove” changed throughout both stories.

In this short story, Amy tries to make several different origami animals, but is frustrated when her creatures do not flap and leap. She uses scissors and glue to help, but when she shows her animals to her teacher Mr. Shiko, she is worried that she cheated because she did not use the traditional technique. Mr. Shiko is proud of Amy’s imagination and hangs her “original Origami Amy” in the window of his shop.

Give students the opportunity to be creative and make their own origami! The video “Origami for Kids — Origami Dog Tutorial” under the “Related Media” tab has easy-to-follow instructions for students to make their own special creation. Then, students can discuss the skills that origami making requires.

“Her Hands That Held the Stars” by Rebecca Birch

In this science fiction short story, set in a polluted future where the sky is covered by eversmog, Akeisha is determined to see the stars. Akeisha bravely sneaks up to the rooftop, and her Nana points out the stars glimmering in her hands. Nana tells Akeisha that the stars are calling her, and Akeisha decides she wants to figure out how to share the sky she sees with everyone.

Have students make connections between science fiction and real life. Use Discussion Question 2, “Science fiction writers often write stories because they want us to think about our own world and what we value. Could we one day be living in a world that is similar to the setting of this story? Why or why not?” Encourage students to draw from the text and their own experiences to support their thinking. 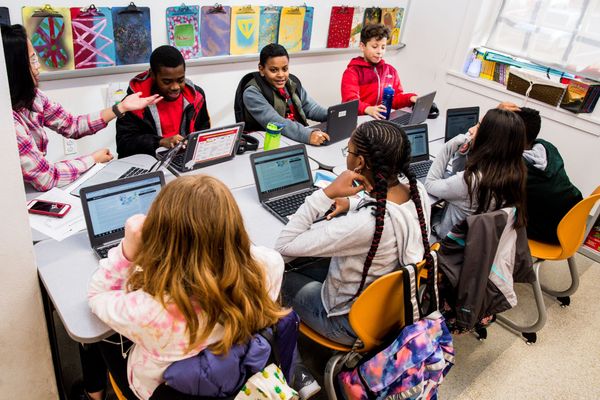 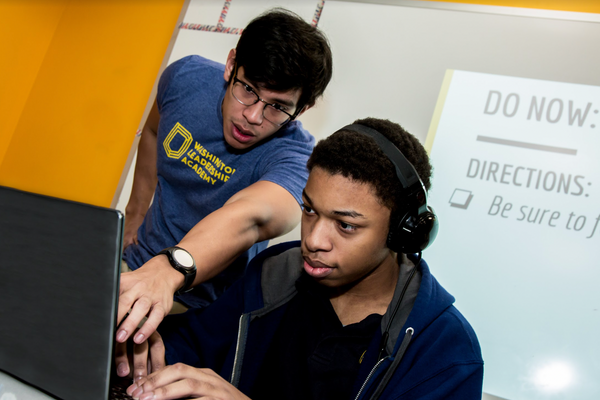 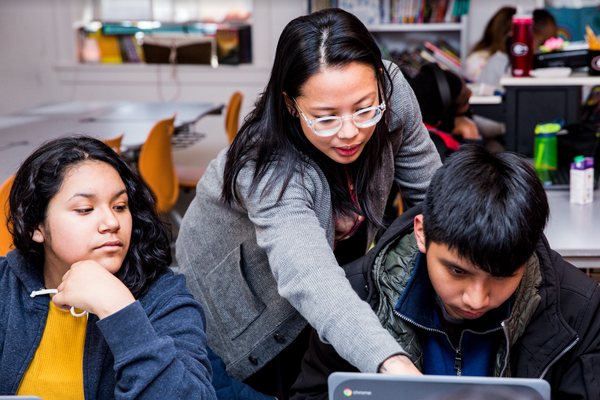